Dame Rumer Godden’s first published work was aptly titled “Rungli-Rungliot” wherein she has sketched autobiographical accounts of her early days in a tea estate in Darjeeling. It projects with greater emphasis her own state of mind, still unsettled and perhaps somewhat bitter at the state of her affairs. However, Rungli-Rungliot has simply vanished from circulation but reappeared more than a decade later in a redacted and more humane reincarnation entitled “This Far and Not Farther”.

Somewhat naively Rumer Godden explains that the new title is the literal translation of the former, but with the license of a fiction writer. Rungli-Rungliot is actually a Lepcha phrase, “Rhee-nung-li-yat” (anglicised by the administrators as Rungli-Rungliot), which stands to mean “Returned from here”. In other words, they indicate the easternmost frontiers of Nepal from where the Gurkhas had withdrawn after the Treaty of Sagauli was signed. 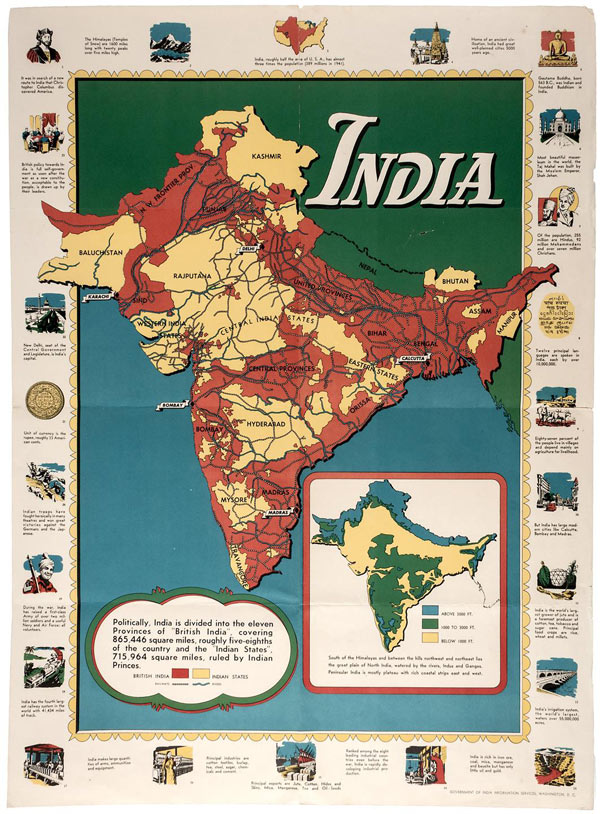 Just beyond the hills of Zinglam, (incidentally it can also be called Zimlang and both are right) flows River Teesta. A little upstream is the confluence of Rivers Teesta and Rungeet, where the Gurkhas are known to have washed their kukries in a symbolic act of declaration of peace. Significantly, this confluence is precisely at the tri-junction of Nepal, Sikkim and Bhutan and at this confluence, to commemorate the celebration of the end of bloodshed, the rural Gurkha population has been holding farmers fair on the day of Winter Solstice every year.  Although Rumer Godden has not mentioned, it is highly probable she would have visited the farmers’ fair.

Rumer Godden had donated her first book Rungli-Rungliot to the Armed Forces which was published by Penguins in its paperback edition for free distribution among His Majesty’s Armed Forces during World War II.

One of the touristy spot of Darjeeling is Lloyd’s Botanical Garden, named after Lieut George A. Lloyd (later Lieut Gen) of Royal Engineers, the founder of the City of Darjeeling. Lloyd’s Botanical Garden used to be located at Rungli-Rungliot before it was moved to its present site in Darjeeling and hither had come Miss Marianne North during her travel (1871-74) round the world painting botanical species. The endemic flower specimen she painted while at Rungli-Rungliot can be seen on display at the Royal Botanical Garden at Kew.

Messrs Kilburn & Co owned a group of three tea estates, and while Namring was the seat of the Manager and where the tea was actually manufactured, Poomong and Zinglam were leaf gardens managed by Assistant Managers. At the outset of the World War II, both the young Assistant Managers had volunteered to join the Army and the Manager was obliged to fill the vacancy locally. Strange as it may sound now, the replacement Gurkha Assistant Manager was given the title of Munshi (reminiscent of Queen Victoria’s personal Munshi) and of course, much less remuneration. Rumer Godden mentions the son of this Munshi had received King’s Commission but it is very unlikely they ever met.

Rumer Godden’s father was the Manager of neighbouring Tea Estate called Gielle (pronounced gail and spelt Welsh way), owned by Messrs Davenport & Co before he went down to the Plains to manage a jute factory.

In those halcyon days, the Managers were virtual Kings of their domains and several Managers of tea estates in Darjeeling were married to local Gurkha women. Rumer Godden mentions that her host the Manager of Namring was the local Maharaja and that he too was married to a Gurkha wife. Although she met the Gurkha Mem on several occasions, Godden refuses to introduce the Mem in her books. They were not just ‘kept women’ for many Managers had taken great care to see their wives were comfortably absorbed into western culture and when they retired many of these women accompanied their husbands into retirement in the UK. Mr Godden Sr too had taken a Gurkha woman to wife and she must have been a celebrated beauty as this ditty makes the claims:

Roughly translated, the couplet means “Sa-abs play beautiful game of tennis with little less enthusiasm than they play cricket. It brings to mind the beautiful Kanchhi Mem of Godden bedecked with ‘jor-kanthha and tilahari’ (golden ornaments favoured by women of Eastern Nepal.) Perhaps, Mr Godden preferred to play tennis than cricket, is indicated by the ditty.

This was the background of Kanchhi upon which Rumer Godden wrote her famously complicated romantic fiction “Black Narcissus”; Kanchhi was none other than, we might as well in all fairness say, her own step-mother. Rumer Godden had an eye to celebrate her father’s love life in this book and her stay in Zinglam was evidently an effort to research and authenticate the background. Not only Kanchhi, but the entire dramatis personae of Black Narcissus from General Dilip Rai and Colonel Pratap Rai and from Sannyasi and the grooms to the farmhands are Gurkhas. None but the true Gurkhas would have called the Nuns “Lamenis” which actually means “Female Lamas”. Unfortunately, the film makers have managed to totally ruin the integrity of her novel by Indianizing the entire story.

The tea-planters were an exclusive breed of go-getters, who represented the fine spirit of the Empire at its best. They loved sports for its own sake and they worked very hard and played very hard. Polo, the game of Princes as is known today was “invented” by the tea-planters as a brass plaque on the walls of the Gardener’s Club, Silchar, Assam, declare. Samson-Way, a young Assistant Manager holds world record unbeaten till this date, of catching a 121 lb golden mahseer. Many of my readers would happily remember the covert operation conducted by the tea-planters, (the movie version Sea-Wolf); how they blew up the German ship anchored off the coast of Goa during World War II. 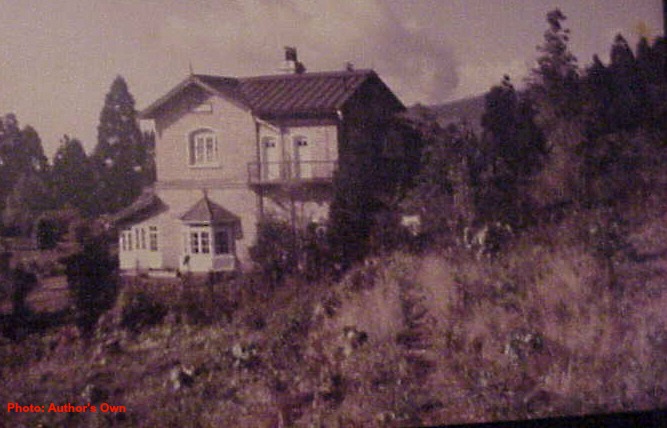 Two very resourceful English women, Miss Phyllis Hill and Miss Blanche Whitehall ran a private boarding school called Greenshield located just above Rungli-Rungliot, exclusively for the children of the Gurkha Mems. Rumer Godden although makes no mention of Greenshield, but has understandably transformed the two English women into Irish Nuns, the ‘lamenis’ mentioned above, running a convent which forms the epicentre of her novel Black Narcissus.

One of the must-see touristy spots of Darjeeling is the three-oclock-morning sunrise viewed from Tiger Hill, which used to be a Gurkha Outpost before the British takeover. Rungli Rungliot and Greenshield are situated on the crest of the ridge that runs eastward from Tiger Hill and one could watch that romantic three-in-the-morning-sunrise right from the bedroom window of Greenshield. Wonder, if the architect-engineer who built Greenshield too had taken time off to watch the divine sight.

Such were the time and life of Rumer Godden in Zinglam and earlier in Gielle (pronounced ‘gail’ with Welsh influence in spelling), the accounts of which she has conveniently excluded from all her literary works and that is the prerogative of a fiction writer which we ought to recognise.

Black Narcissus is based on the one and only historical account of the Brits ever inter-acting with the Gurkhas at social level. I have added this episode of the Raj as an epilogue to Anglo-Gurkha Relations as Rumer Godden saw and lived through which very likely will soon be forgotten and lost along with the memories of the wonderful days of the Empire in the tea gardens of Darjeeling.

Post Script: 1. The Tea Planters of Darjeeling were not looking for “Indian women” per se; they took the local women, Kirati-Mongolian Gurkha women to wife and that is the reason what intrigued Dame Rumer Godden.

Post Script: 2. Capital funds to establish these tea gardens were raised in the UK and these tea gardens therefore were known as Sterling Companies. It implied their administrative offices remained in the UK where accounts were maintained, due taxes paid and dividends distributed. Since, most tea industry in India were British funded, none of them were obliged to pay tax to Indian Exchequer. This practice is not limited to tea industry alone but included most of British Enterprise in India, and therefore is the reason why paying tax to the Government is frowned upon and a very small section of Indian citizens pay any tax, if at all paid.